The Scene (You Don't Know) (Single) 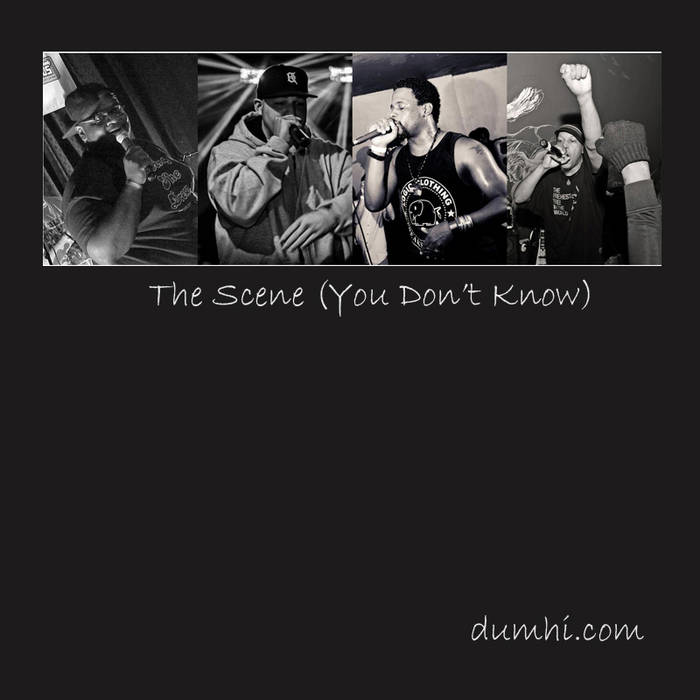 The Scene (You Don't Know):

Lyrics and Vocals by...
Scanz
Nico The Beast
Rich Quick

Produced by Haj of Dumhi

I only remember recording about half of this song. Rand, Dn3, and Mike Eagle were in town a month or so ago. I had been going cold turkey on the cigs and was sometimes curbing nic-fits with beers. Burke the Jurke came through with a 6 pack. That definitely was not going to be enough beer. Eventually/Unfortunately, I moved to triple berry vodka and freezer pops. Let's just say for the most part.... this is a BAD plan for deadening nicotine urges.

Then again.. sometimes, you wake up and half finished songs are laying on your desktop. After shaking off some cobwebs, I was jammin' out to this. Then I was like... wtf happened?? Hahaha.

I am super excited to finally get a song in with Cee Know. Been in the works since OLAAT (who remembers that?). Hopefully not the last.

A new free joint from Dumhi.com