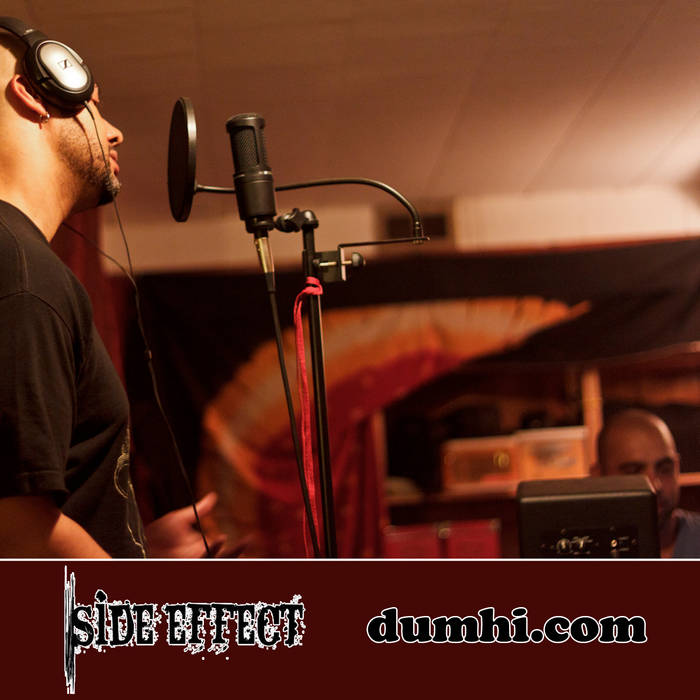 "These rappers sound so young and inexperienced, I had trouble taking anything they say serious"

Not really sure what else to say about this one... hahaha.

This was the last song that was finished and there is a chance I will actually re-mix it at some point (not remix it, but re-mix/arrange it if that makes sense). The thing I think is great about digital albums now is that to me, they never have to be called "finished". The worst thing about digital albums right now though is they never have to be called "finished". Meh.

But yeah, the beat is HAPPY right?

I initially made this track during the beat sessions for 'The Whole World's Watching' and since then its gone through about five transformations. (It was almost a love song).

So when Side grabbed this beat I was super curious how he was going to go at it. When we knocked in his vocals, I couldnt stop listening to it. His flow plus the catchy-ness of the beat hooked me even if it didn't completely make sense to me yet.

I think Jerm has now been featured on more official Dumhi projects than any other single emcee. They Call Me Bruce, 3 Seats from Heaven, Yoga at Home, Flowers, Indian Summer, AND The Jungle. And he has been either in Cincinatti or Atlanta for that entire time period. AND.. I STILL have unreleased Jermiside vocals on my hard drive. (Bwahaha). Jerm loves to rap!

When I first plugged Jerm's verse into 'Listen Up', the song made slightly LESS sense to me than it did with just Side in there tho. I mean, Jerm kills it but I just wasn't sure what the song was about at that point. And then Random sent me an unexpected zip file.

Random is another long term Dumhi member/ affiliate/ featured artist/ whathaveyou. (I still don't have a proper definition as to what Dumhi IS or ISN'T. Just roll with it). He has been on at least four or five different Dumhi projects and has been on a couple of my favorite Dumhi songs (including Dumhi Cannons and Paramount). Random always blesses us.

He shot me an email like "I'm gonna be home soon from tour, what are you working on? Send me something". A day or two later I got his verse, popped it in, and somehow he linked everything together. Everything started making sense to me; Side and Jerms verses, the bounce of the track, and even the underlying 'theme' of the entire project.

"I'm going up-up-up and away from here, whether the journey is a day or it takes a year, it don't concern me, I only have hate to fear" -Jerm

It's your favorite Uncles giving you advice. It's adults talking about being artists. And it's kind of catchy.

Thank you very much for listening and allowing us to share this project with you. Hopefully the words and music moved you and you found something you could relate to. And if you have gotten this far with these liner notes and ramblings, you might be a weirdo. Hahaha. My kind of weirdo though.

More new projects are already in the works. And stay tuned for some bonus tracks that will be added to this Ep over the next couple weeks.

from The Side Effect Ep, released September 15, 2011
Lyrics and vocals by Side Effect, Jermiside, Random
Produced by Haj of Dumhi